I wouldn’t say I lost my mind adapting Kindred into a graphic novel, because I knew where my mind was the whole time. It was hard to miss, over there in the corner, curled into a fetal position, occasionally sobbing, demanding beer and cuddles. 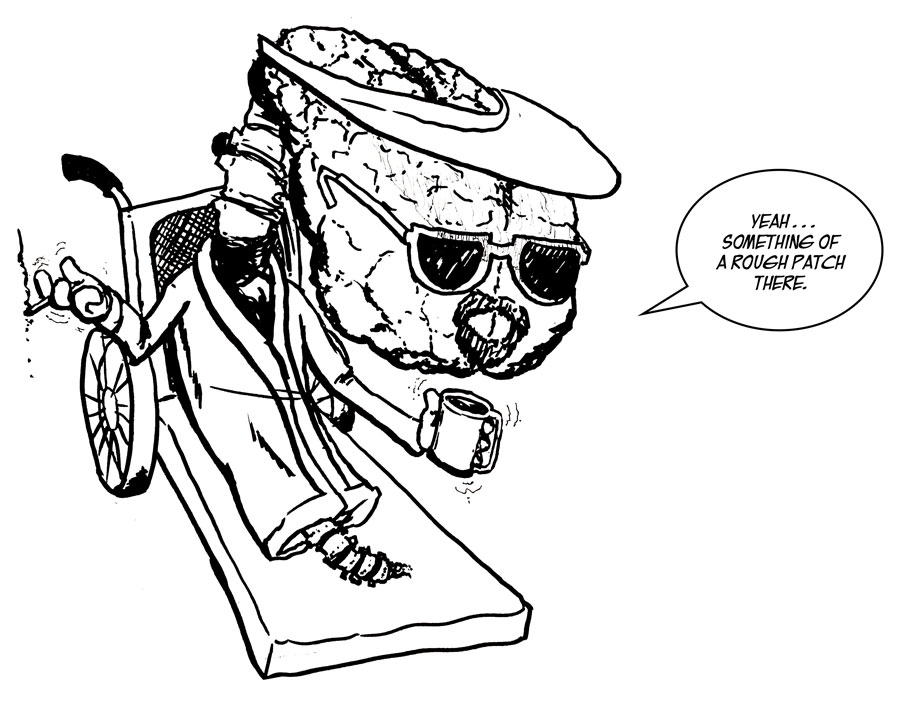 The brain strain on this project comes from the nature of adaptations, because adapting a preexisting work brings with it several competing instincts. Certainly, you want to be true to the original work, especially when that original is considered a classic. But that instinct immediately comes into conflict with the realization that, from the very start, you’re making something that will be different from the original work. Has to be different. The page count is specified in the contract, the amount of story you can tell in a page of prose vastly differs from the amount you can cram into a comics page. Things must be changed.

So, caught in the middle of an archivist impulse (“I must preserve the magic of this novel for future generations!”) and a mercenary necessity (“This has to be 237 pages and there needs to be room for John’s art!”), I found myself in the position of having to cut Octavia E. Butler’s prose.

Listen: I understand that the politics of this process are hugely problematic. Here is a story narrated by a black woman, written by a preeminent African American female MacArthur Genius Grant winning science fiction author; an unflinching view of how America’s history and present is ravaged by insidious white supremacist patriarchal racism in service of colonialist, imperialist agendas. As a cis-hetero white dude, does that mean my work as an adaptor symbolically performs on the body of the text the same violence and erasure as has been historically perpetrated upon people of color throughout the nation’s history?

Kidding. Sort of. I will actually work to address a lot of those weightier social, cultural, and political issues as best I can from my perspective, but I’m saving that for a later post. This post here is more about the nuts and bolts of the creative process. Not that identity issues are somehow separate from creative work, but that kind of artificial separation was sort of what got me through the early drafts of the script.

Suffice it to say editing, cutting, and remixing the prose of Octavia Butler’s classic work of literature was daunting. I had been a fan of the novel since my sophomore year of college, when a creative writing professor recommended it. As I touched on yesterday, I had been dreaming of adapting the novel into a comic for something like three years, and had been under the impression that it would never happen on more than one occasion. Now, here it is, and the pressure of not only distilling the spirit of the narrative into comics, but doing so in a way that does justice to the original, knowing that there are many readers for whom this will be the first experience with Butler’s work… The only way out of that is to set it aside and focus on the work of writing a terrible first draft.

By focusing on the process, on the mechanics of moving plot point to plot point, setting to setting, character to character, sketching out panel and page layouts to push the work out, painstaking page by page, I could, at least for a while, let all my concerns–over the final graphic novel, my role in it, and its potential reception–hang out in the back of my mind until more opportune moments for panic. Like when I’m sitting on a park bench while my kids run wild on some playground equipment. Or when I’m trying to sleep.

And, lo and behold, three months later the first draft was finished. And, as it turns out, it was terrible. I made a messy thing, overloaded with clever comics effects, intricate time splices, and an invented framing device featuring Dana telling the reader the entire story of the novel in retrospect. It was more like a postmodern graphic commentary on the story of Kindred than the story of Kindred itself.

But, like all terrible first drafts, it served its purpose. It kicked the work free from the doubts, and got it moving down the path to completion.

Also it allowed me to shave my beard. My itchy itchy beard.

More on the early draft that went along with the fur face in Day 3 of 31 Days of Kindred.