Day 6
My Own Private Thumbnails

Thumbnail sketches are generally the purview of the artist, and the process behind Kindred: A graphic novel was no different. John drew thumbnails of each page, small sketches roughly planning panel layout and page design. Like so: 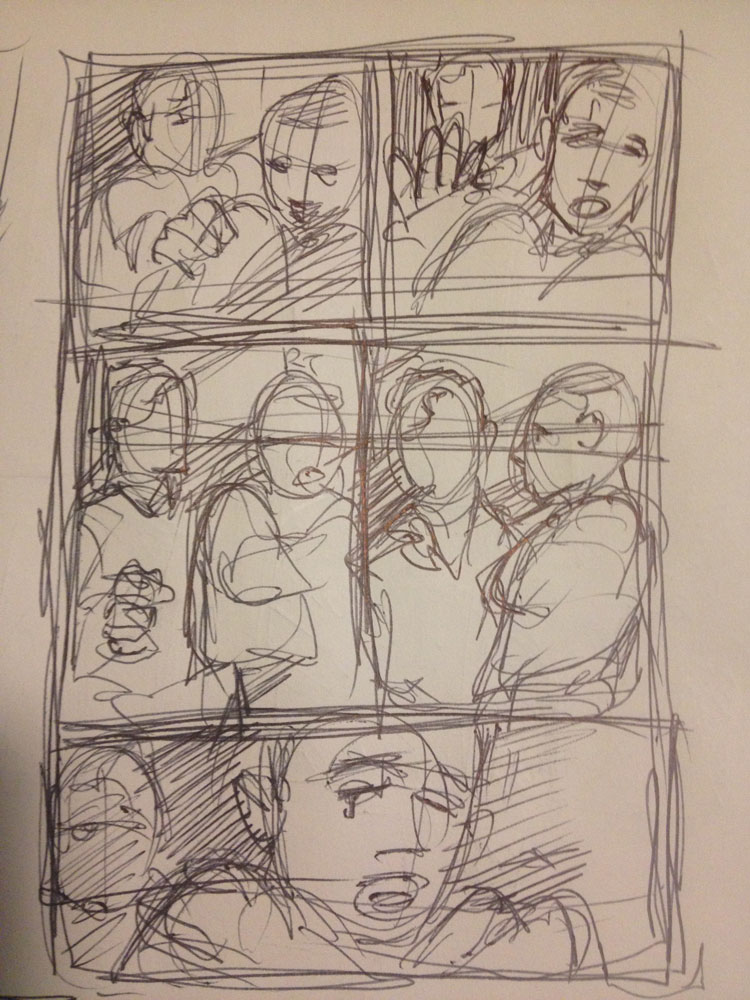 John’s thumbnail for pg. 16 of Kindred: A graphic novel adaptation

But when I write I usually start by drawing my own thumbnails, and then transcoding what I drew into what I type in the script. With the graphic novel The Hole: Consumer Culture that John and I did, I included some of these thumbnails in the script. 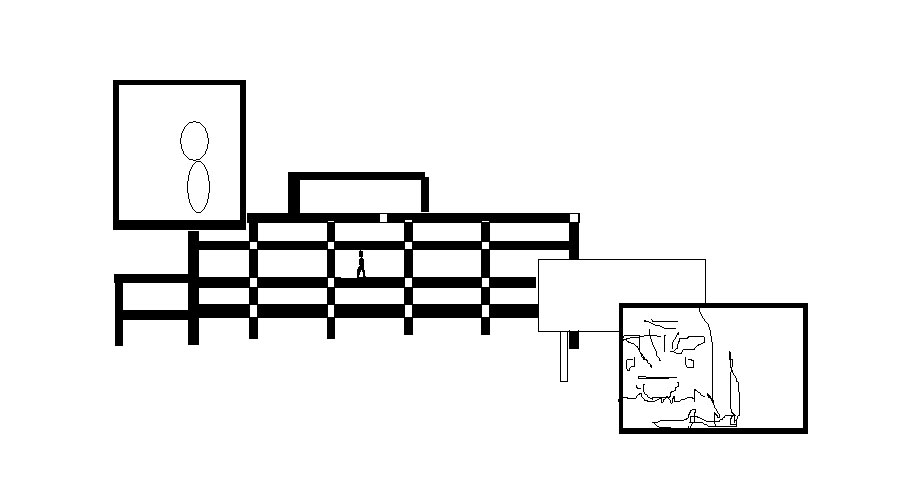 At that time I drew layouts using MS Paint, the program’s rudimentary tools kept me from adding too much detail to drawings that were, ultimately, meant to serve as inspiration for John when he drew the pages. 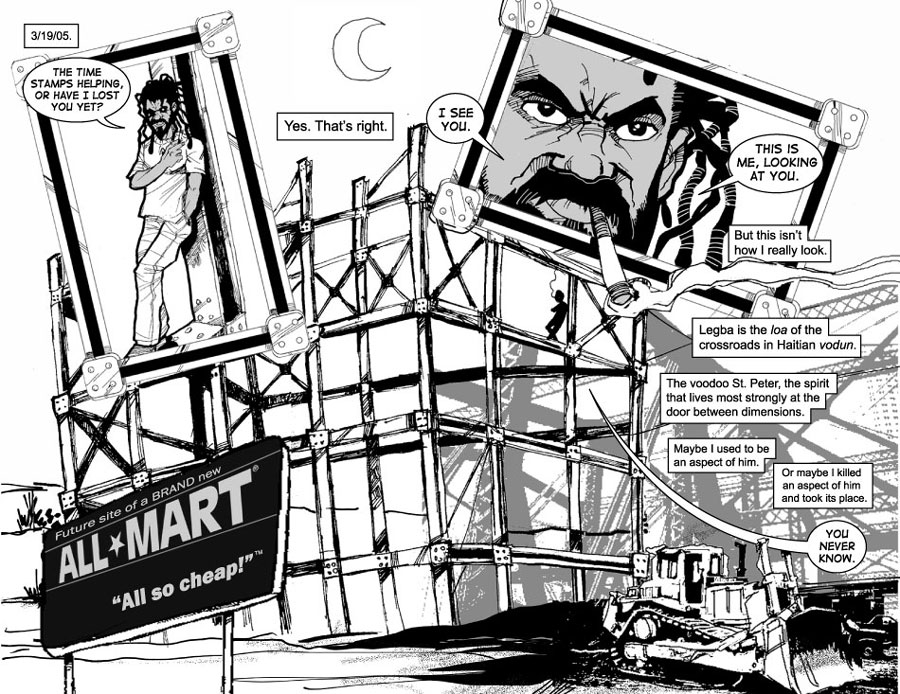 Because I’ve worked with John for something like 11 years, I’ve been sort of sloppy in my script writing, in that I go over the top with detail, from panel layout descriptions to complicated actions within single panels. These are things you shouldn’t do if you’re writing comic, unless you’re Alan Moore, but I did it anyway. Because sometimes I have ideas for complex layouts, or I just like to shoot John a cloud of ideas to pick and choose from, or I’m a giant control freak. 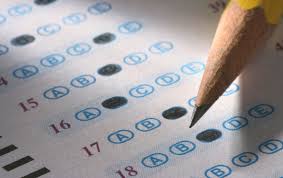 Sorry, the correct answer is “D”, “All of the above.” Also, that is clearly a number 3 pencil, so you fail everything.

Not being used to working with an editor at multiple stages of writing the script, I did something similar with the first draft of the script for Kindred, what with the layouts and thumbnail sketches and things. But, by the time it hit the first edit, that was all cut out. Which is good, I need to learn to be more economical, but I still have to draw thumbnails to write comics. Even during later rounds of editing the script, I would do thumbnails. 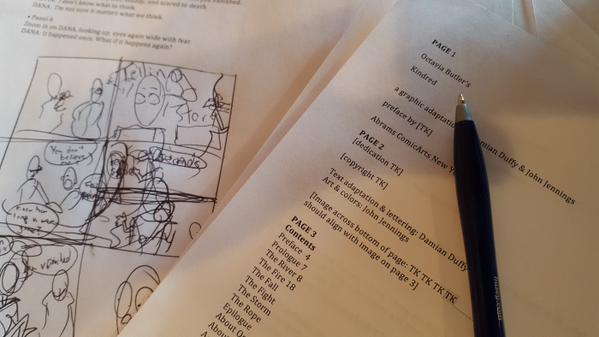 So in writing all this, it occurs to me that I’ve always had the task of adapting prose into image hardwired into my process. Even when I’m writing original comics, I’ve always been turning scribbles on pages into words in scripts. Perhaps that’s why I’ve ended up adapting prose works into comics.

Because, while Kindred is certainly the longest adaptation I’ve written, it’s not the first. More on that in Day 7 of 31 Days of it’s a big graphic at the top of the post so you probably know the name by now.