Today’s post is late because I was watching Rogue One. Which was awesome, but not really connected to Kindred: A graphic adaptation unless I’m being really tangential. Like, Dana and Kevin Franklin are from 1976. A New Hope came out in 1977. Rogue One takes place right up to the very start of A New Hope. And, thus: 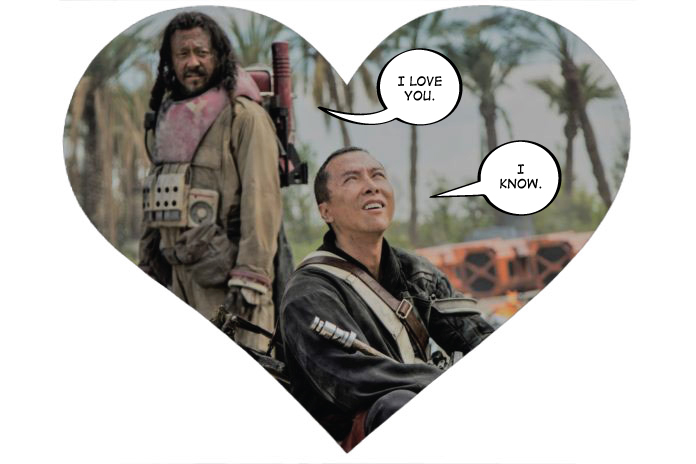 Speaking of shoehorning Rogue One in to this blog, it’s appropriate that today’s comics adaptation, CyberNavigator Stories, is the comics job I did right before the very start of John and I getting to work on Kindred for Abrams ComicArts (give or take a few months). See, so CyberNavigator Stories is sort of the prequel to Kindred in my comics adaptation bibliography, right? Thus:

Anyway, in 2012, Dr. Kate Williams recruited John and I to adapt into comics narratives transcripts from focus group interviews with people working as CyberNavigators, providing help and teaching basic computer literacy skills in Chicago Public Libraries. I ended up co-writing (with Dr. Williams) and drawing the comic, with John on colors. The result, CyberNavigator Stories:

It’s an educational comic about what CyberNavigators do at their job, what sorts of questions and problems they deal with, and also about the many reasons people make use of public library computing.

In this one, in addition to turning prose into comics, I also had to turn people’s workplace anecdotes into narratives. Since I was drawing this comic, and I already had the basic idea of what sorts of events were happening in each panel, I didn’t actually write a script with this one. As I remember, Dr. Williams and I went over which anecdotes from the interviews seemed interesting, coupled with identifying the difficulties and successes of CyberNavigators that Dr. Williams and the CPL might want the comics to highlight. 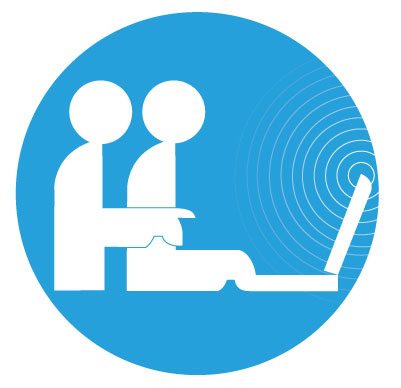 The result is a mix of fiction and non-fiction, with library interactions described by interviewees placed within narrative structures that show the use and importance of their work with the public. The fictional characters (who we attempted to make representative of the diverse demographics of neighborhood libraries included in the original focus group interviews) are largely paraphrasing or quoting verbatim words from the interview transcripts, with the occasional bit of connective text written into narrative captions.

This was a difficult kind of adaptation for several reasons. For one, because it is based on real anecdotes that came up during wide ranging discussions among multiple focus group participants and interviewers, it was a challenge to balance the pedagogic nature of the document–an educational comic for a wide audience–with the realities of working with the public. For instance, there was one library patron who was described, in the interview text, as always being drunk, which was mentioned in an earlier draft of one of the CyberNavigator Stories. Other stories turned general statements by interviewees, like “people give us gifts but we’re not allowed to take them,” were turned into fictional interactions.

I’m realizing that, when looking at the timeline of my various comics adaptations, from “Trees You Can’t Climb” to “Day 8” to CyberNavigator Stories, there’s a trend of increasing editorial input. “Trees…” was made and re-made for art museums, where the content is left up to the artist, whereas “Day 8” and CyberNavigator Stories were made for increasingly wider audiences, bringing with it the influence of an increasing number of stakeholders. From this perspective, it’s sort of like each project prepared me for the next, leading up to adapting Kindred.

Okay. Think I got all the midi-chlorians out of my system. Tomorrow, way less gifs and way more talk about relationships between all the comics adaptations I’ve written. 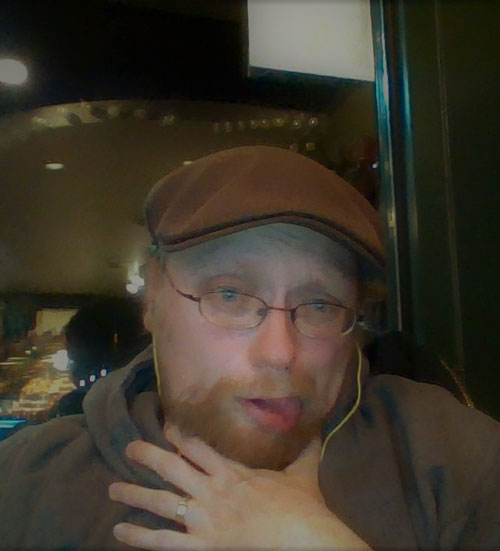