Octavia Butler tells a small anecdote in “Positive Obsession,” her autobiographical essay on growing up to become a professional science fiction writer, the first black woman to do so. In describing the power of stories and books in her childhood, she mentions that she found refuge in the public library. She goes more in depth discussing her first visit to a book store:

I crept into my first bookstore full of vague fears. I had managed to save about five dollars, mostly in change. It was 1957. Five dollars was a lot of money for a ten-year-old. The public library had been my second home since I was six, and I owned a number of hand-me-down books. But now I wanted a new book-one I had chosen, one I could keep.
“Can kids come in here?” I asked the woman at the cash register once I was inside. I meant could Black kids come in. My mother, born in rural Louisiana and raised amid strict racial segregation, had warned me that I might not be welcome everywhere, even in California.
The cashier glanced at me. “Of course you can come in,” she said. Then, as though it were an afterthought, she smiled.
I relaxed. The first book I bought described the characteristics of different breeds of horses. The second described stars and planets, asteroids, moons and comets.

Butler got most of her books through her mother, who would return home from her job as a cleaning woman with books she found in her clients’ trash. The public library and hand-me-down books instilled a love of reading from the moment young Octavia could read. Butler described herself as a shy child, with low self esteem, who would “hide out in the pages of a pink notebook.” In an interview, she describes writing about power because she had very little.

Libraries (and books more generally) gave the young woman a place to go in a sometimes hostile, still-segregated world, and a means to hone a craft many felt a black woman could not earn money doing. The power of reading, and books, and indeed libraries, is hinted at in Kindred, as Dana and Kevin research their personal library for information on the 1800s, as Kevin discusses going to the public library to find an image of freedom papers for Dana to forge and take back to the past with her. Teaching a slave to read gets Dana into trouble, but her literacy skills also make her indispensable to the Weylins, the slave-owning family she lives with, who also happen to be her ancestors.

Cliche as it might seem, Kindred and Butler’s life as a reader and write speak to the understanding that knowledge is power, and literacy, liberation.

Lisa Yaszek writes, “…one of the goals of Kindred is to re-present historical memory in a way that acknowledges the impact of slavery not just on isolated individuals but on entire families and networks of kin.” For Yaszek, the novel shows readers how to “learn to understand history itself as a process of narrative production,” as a means of resisting and problematizing commercialized forms of history that tend to erase the experiences of black women.

So, in essence, Butler’s life as a reader, and her work as a writer, is about how access to information leads to knowledge production as a means of resistance and liberation in the face of oppressive forms of historical rewriting. All of which makes the ethos of Butler’s work, and Kindred in particular, seem especially vital in an historical moment where politicians go on TV, tell outrageous lies, and claim we live in a “post truth” era. 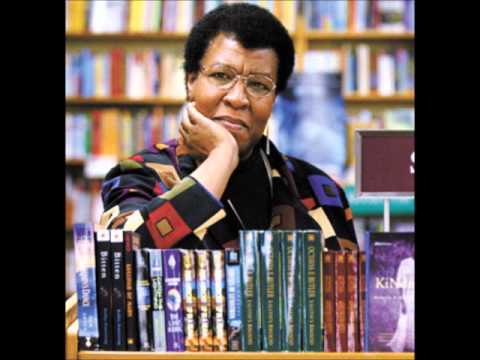