So there’s this odd thing that often seems to happen.

Recently, there was this article online that sort of kind of made it sound like John was the sole author of Kindred. Which, whatever, any press is good press, except it annoyed my wife and my mom. Because the women in my life are awesome and supportive and love me (except for my 4 yr daughter, when I don’t get her a cereal bar real prompt like), and because they had to live through the several nervous breakdowns I had while working on my part in the adaptation process, they gets defensive.

Because this is not an isolated incident.

Perhaps the most obvious example of these thing, that seems to happen, is when I did a talk about Kindred at a local library. I was just one guest of several, with other local comics/geek culture giving talks or doing workshops or stuff like that, and the list of guests was listed in the local paper. Everyone had a little one sentence bio next to their name. Mine read, “Has collaborated with Eisner winner John Jennings.” 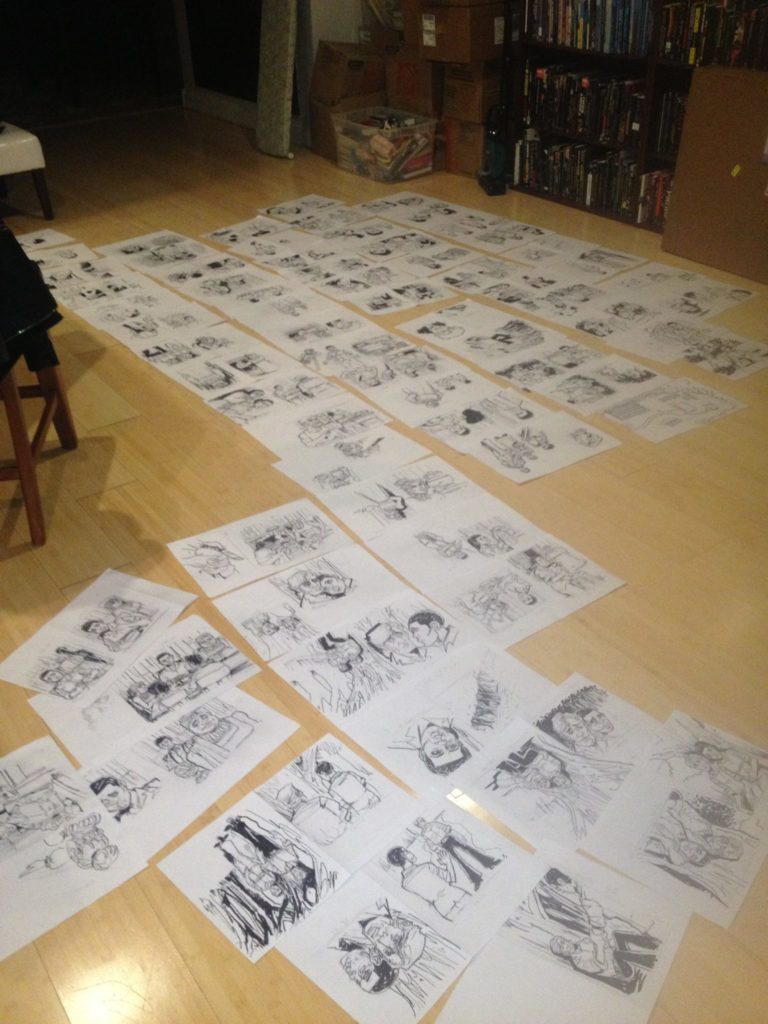 John drew each panel of the comic on a separate sheet of paper with Sharpies, then composed them into pages with Photoshop.

And look, I get it. John’s a charismatic dude. I’ll kiss his little head bump next time I see him. I tend towards the asocial end of the spectrum, and I’m usually at the house wrestling my children for the TV remote. (I like Teen Titans Go! as much as the next dork, but when I can recite entire Beast Boy songs verbatim, it’s time to turn it off!) I’ve spent the last couple years locked away writing a dissertation. You have not seen me much. 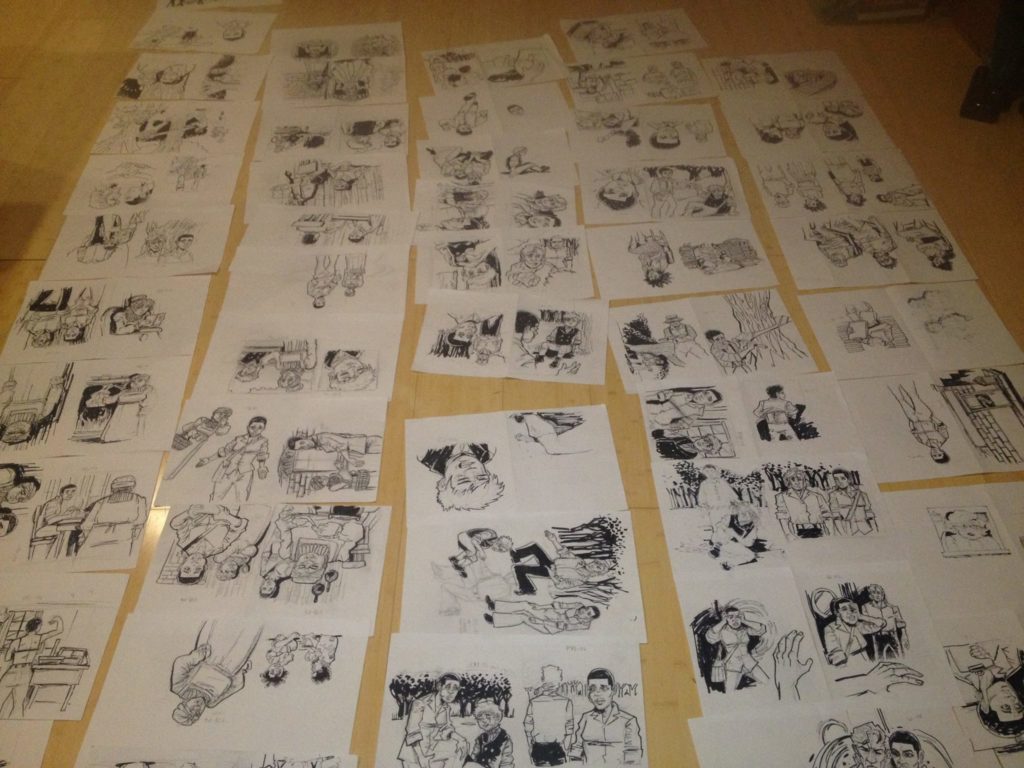 He put together this technique to allow him to draw the inks while crisscrossing the country giving lectures and getting a new job and curating a show on Afro-Futurism and like three different arts festivals.

And he’s black. He’s an African American scholar addressing race and identity. And I honestly believe that makes it easier to understand him as the sole, or primary, author of the works we’ve collaborated on. I think that causes a little less cognitive dissonance for some people. By way of example, people were more ready to think of my pale self as being black than they were to think I was a white guy who showed up for the Black Lives Matter San Diego Comic-Con event and co-authored an art book called Black Comix. 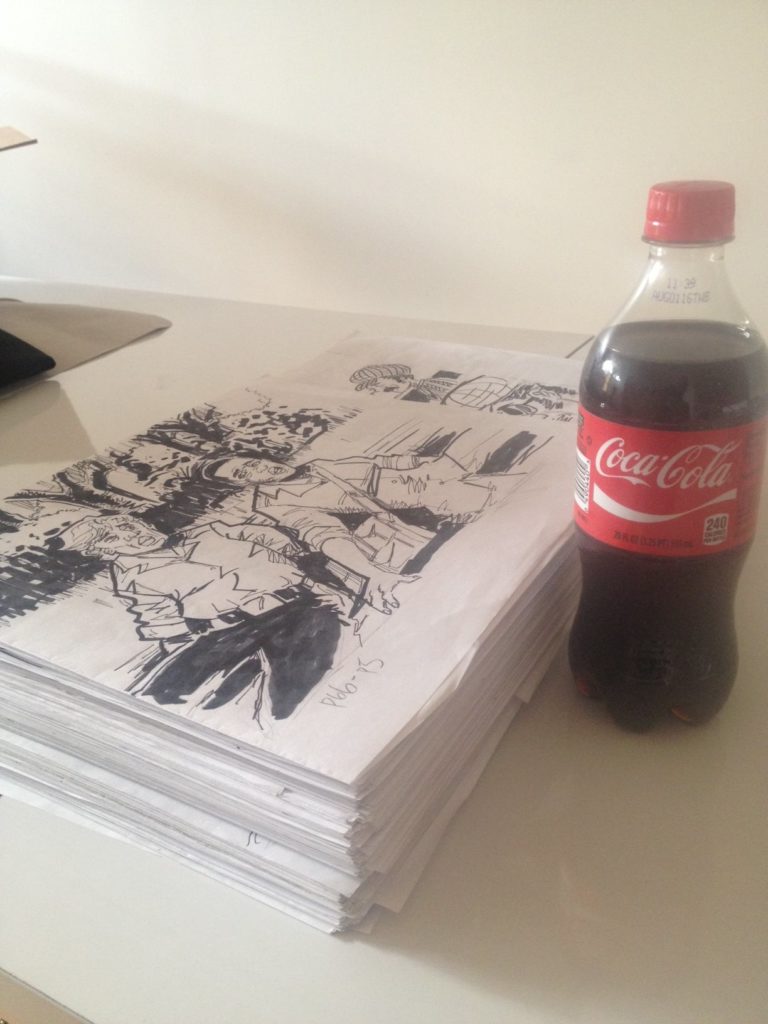 This is the stack of panels for the 237 page graphic novel. The Coke bottle is there for scale, unless John has retained the Coca-Cola corporation as a sponsor and not told me.

But that’s not all of it, because I know of people besides myself who have had similar experiences collaborating with John. Such is the gravity of his star power. And I bring all this up, because there’s already a few examples online of “John Jennings presents his new graphic novel Kindred.” None of which has anything to do with John. He’s always quick to point out his collaborators. But, still, “John Jennings gives us a graphic novel adaptation of Kindred!” 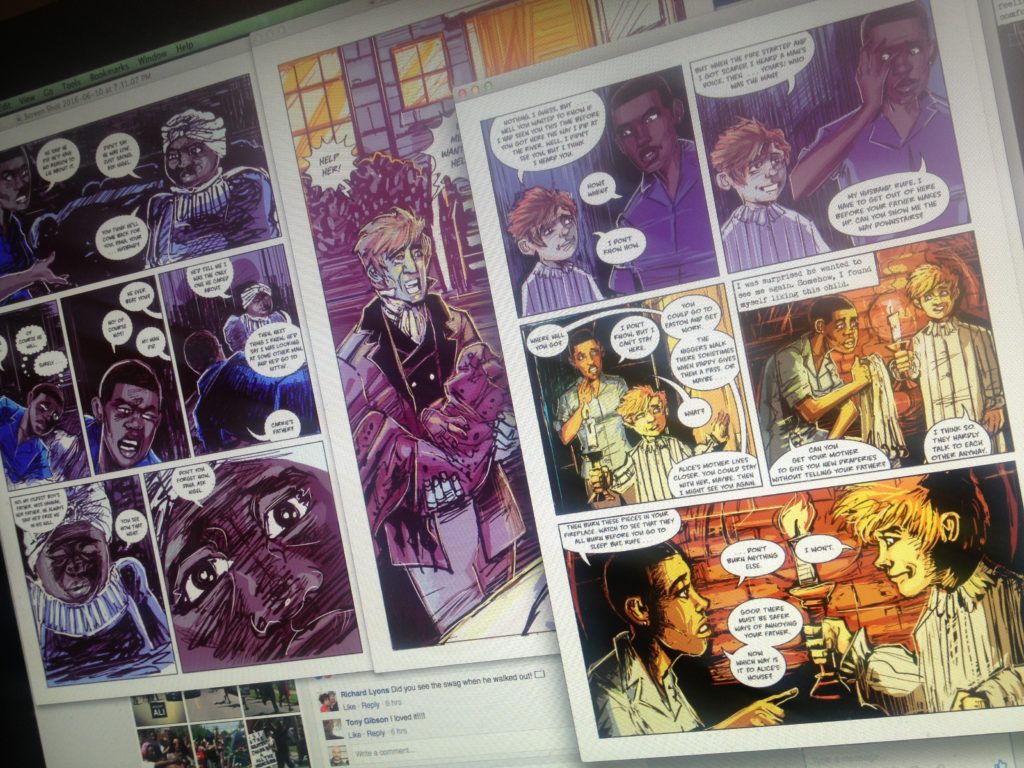 John colored the art digitally, with the help of several color flatters who dropped in the base colors, to which John then added highlights, shading, and texture.

And honestly, it’s fine. Like I said, it happens. If anything, I just find it interesting how often it happens. Despite cover credits, despite John himself protesting for shared credit. It’s fascinating, and unstoppable. And I’m totally fine with it. I am.

But my wife and my mom… well… I’m just trying to warn everyone, for your own good, please don’t do that this time. I took off years of my life meeting my deadlines too. They take it personal.

Or at the very least, run! I don’t know how long I can hold them back.