ARC of the Convention Net

Today’s 31DoK post is about the ARC, the Advanced Reader Copy of the Kindred graphic novel, that Abrams ComicArts printed as a giveaway for the 2016 American Library Association Annual Conference, and then also to a bunch of other conventions and Net Galley and wherever else and advanced reader needed a copy to read.

So, naturally, I was really struggling to find a good pun for the title. I was also considering “Writers of the Boss ARC” and “Paraders of the No-cost ARC.”

Anything to give me an excuse to abuse Photoshop thusly: 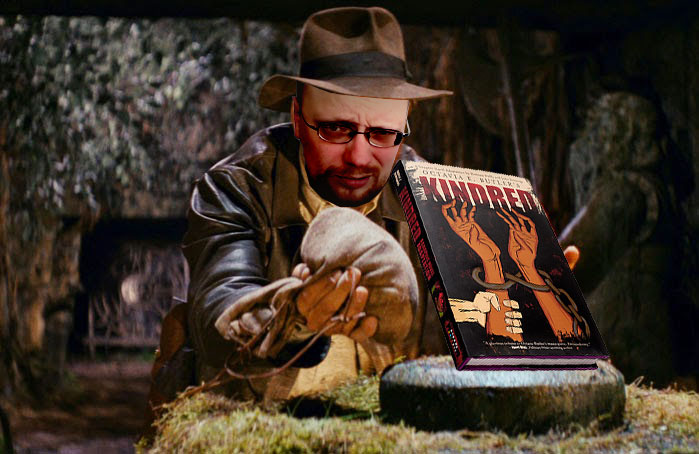 Throw me the comic, I’ll throw you the whip.

Anyhoo, the ARC is partially the reason I ended up lettering the graphic novel something like two-and-a-half times. Because first I lettered John’s thumbnail sketches (to allow the editor and publisher to see a pass of it before John finalized the images), then I lettered John’s pencils and/or inks to be printed as the galley proof that Abrams put together and printed as the ARC, which shows the art in various stages of completion, including black and white inks, grayscale finished art, and (towards the back) rough pencils. 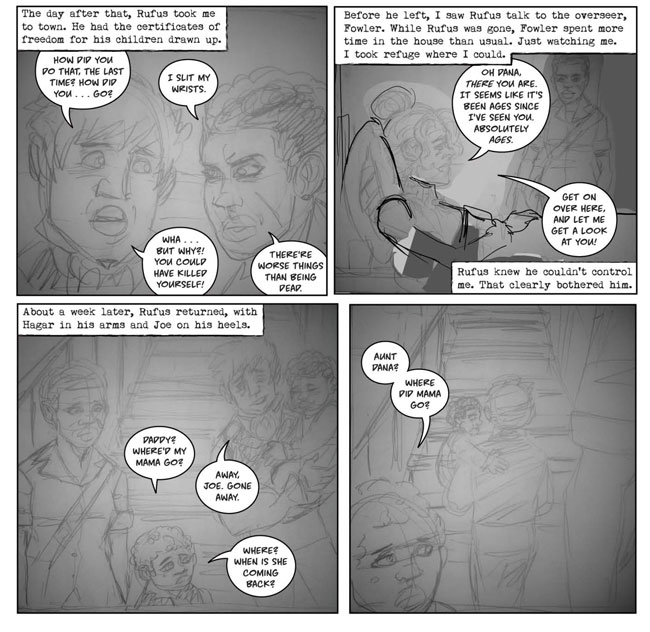 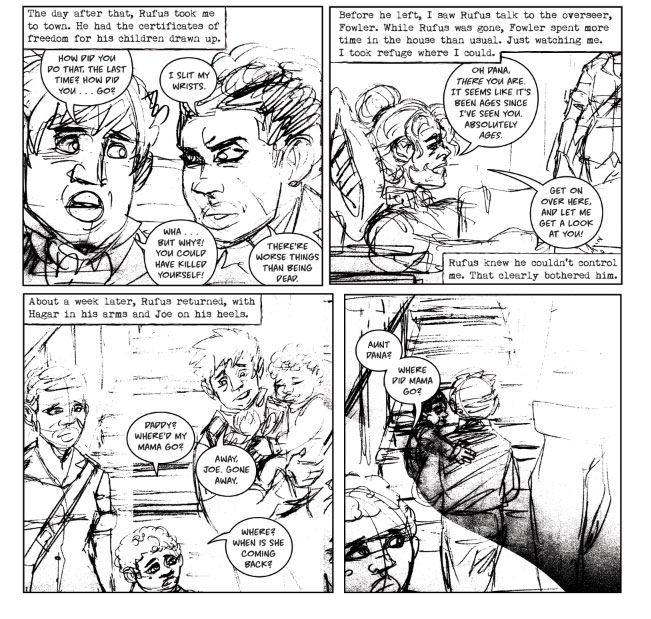 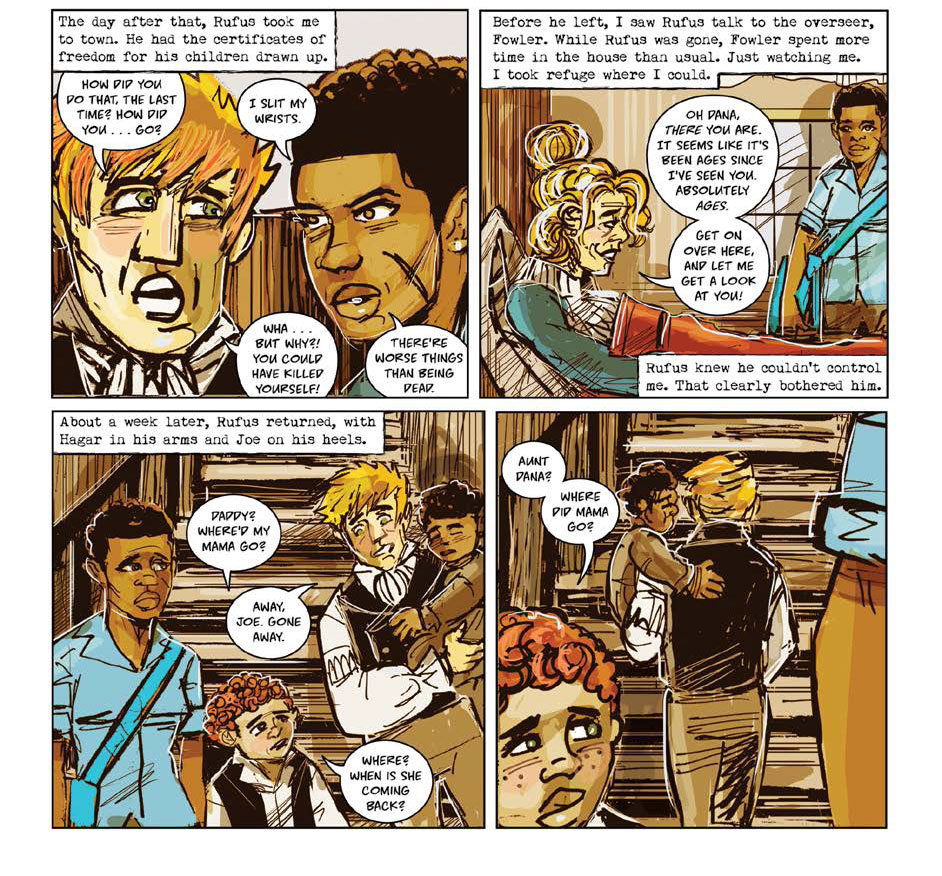 If you look closely, you can see places where the word balloon placement or line breaks change from version to version. (This is especially obvious in the second panel, where Dana talks to the bed ridden Margaret Weylin). Because sometimes the placement of the images moved a bit between versions, and suddenly a word balloon would be covering up half of someone’s face or something, and the image needed to be re-lettered.

The funny thing is, people really liked the ARCs. Despite them being black and white with cardstock covers, and the interior pages printed on newsprint, despite the art being unfinished, the lettering uncorrected, people kept trying to buy them when I was signing copies at the Abrams booth at San Diego Comic-Con this past July.

I took that as a good sign for the response to the finished, full color, hardcover finished graphic novel.

Which hits the shelves in 3 days.

You’re lucky. You don’t have to go through what I went through just to get a copy. 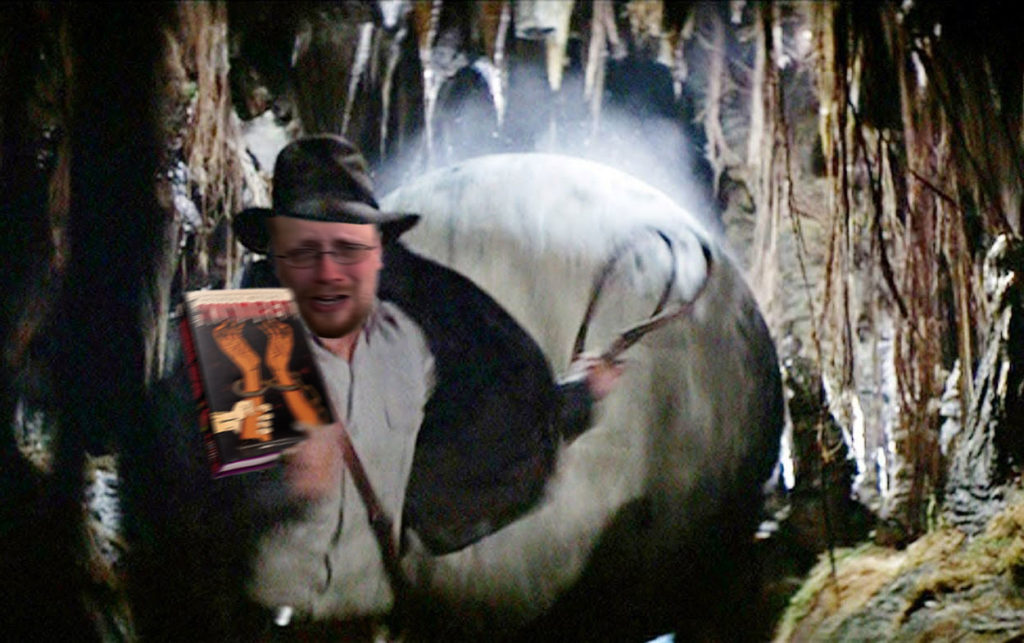