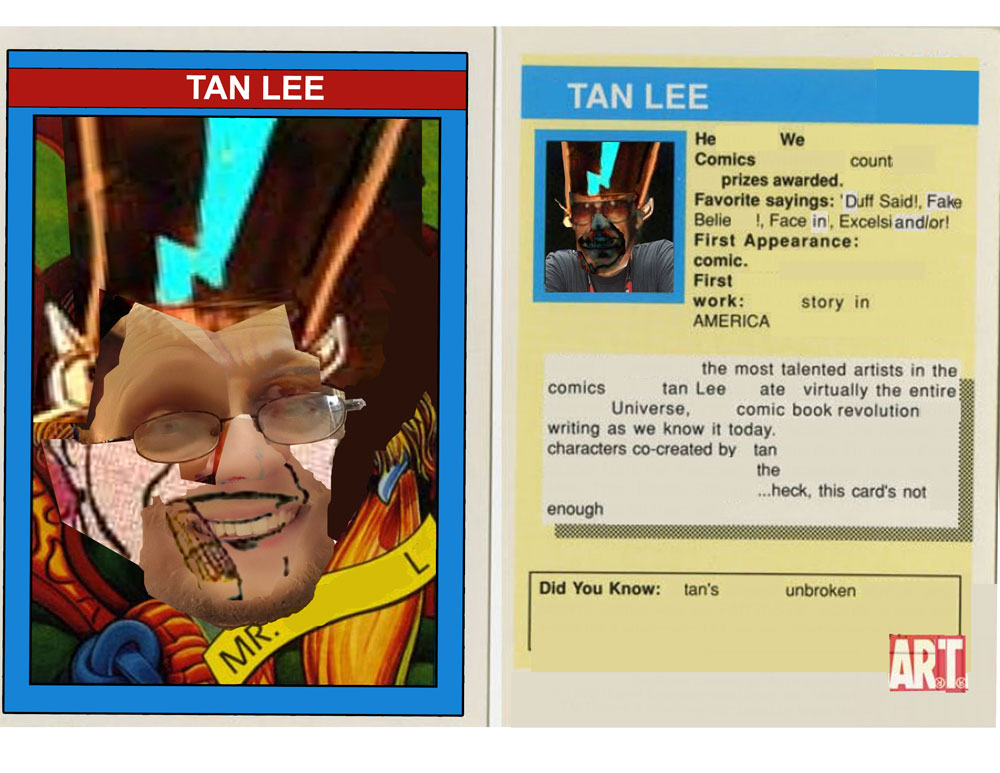 I co-create a book called Kid Code: Channel Zero with artist(s) Black Kirby (a.k.a. Stacey Robinson & John Jennings). Since Stacey and the J2 already had the art completed on the book when they gave it to me to write/letter (what’s sometimes called the Marvel Method), I decided we should all get a co-credit as writers, and do so in a thematically appropriate name.

By which I mean I wanted to get in on the riffing on 1960s Marvel comics & critical race & whatnot. And thus was born: Tan Lee.

But, since John and Stacey are already Black Kirby, and I was the one actually writing the words, and I’m the only one who will get to have a cameo in the surely inevitable movie adaptation, I’ve sort of become default Tan Lee. Which was not my intention, to give myself a Blaxploitationy nickname, because that seems kind of… shitty? for a white dude like myself to do.

So, anyway, all of that–plus a side tangent into me talking about cut-ups and Joan Vollmer’s husband in a class I teach–lead me to make this Tan Lee trading card here.