“I was so tired of this going back and forth; I wanted so much for it to be over. I couldn’t even feel sorry for the friend who had fought for me and taken care of me when I was hurt. I was too busy feeling sorry for myself.”
-Kindred, pg. 208

“Worse things have happened to better people/ That’s the mantra”
-P.O.S, How We Land

“There is no point at which you can say, ‘Well, I’m successful now. I might as well take a nap.’”
-Carrie Fisher

The parade of photos of Carrie Fisher giving the world the finger is about the best thing to be seen on social media. Almost everything else… well, you know. To quote eminent cartoonist Lalo Alcaraz:

And yes, I know, a year is not a “real” thing. It’s a way of imagining boundaries where there are none, just to get through the single trip of the Earth around the Sun. What us humans call a “day,” if we speak English.

But, at a time when everyone seems so divided, there’s something almost inspiring in the widespread sentiment of Fuck 2016. When we humans—regardless of gender, race, ethnicity, faith, or sexual orientation—can join together and impotently scream into the abyss, cursing a unit of time when we’ve run out of other things to curse? It’s almost like perseverance in the face of adversity.

Because there’s some bit of cosmic defiance in telling an abstract concept to go fuck itself. It’s a way to deal with sadness and outrage. It’s gallows humor and whistling in the dark. And really, what else does the human race do better than anyone but shout “Fuck the world!” and keep doing what we’re doing.

A year is a name we give to mark the passage of time, and to mark a historical moment; an era; a zeitgeist. It’s a construct, and when we build constructs, we enter into a power relationship with them. We wield power over them, they wield power over us.

In Kindred, the year means a lot to Dana. When she finds out it’s 1815, it means not only that she’s travelled through time, but she’s travelled to a time where her very existence puts her in constant danger. The passage of time, the yo-yoing from 1976 to the 1800s, confuses Dana because she’s so accustomed to the linear conception of the fourth dimension to which we all acquiesce.

Years are a way to keep track of change, a scaffold on which to build memories. And, yes, a convenient scapegoat for losses and fears for the past 366 circumambulations of this planet around that star.

Like anyone, some days I feel like Dana in that quote. Tired and too busy feeling sorry for myself to feel sorry for others. But if Dana’s story has any inspiration to offer, it’s that she keeps getting up, keeps hiding a knife in her knapsack and hoping she can save others without having to use it.

Dana, in the end, says Fuck the 1800s. It doesn’t make things better, it doesn’t give her back her missing arm. But she keeps on anyway.

So, as we hurtle ever closer to the spin around Sol we’ve named square number 1 on the grid we pretend is a picture of a chunk of time called January…

As we huddle together in the winter dark and make plans, keep our heads up, and soldier on… 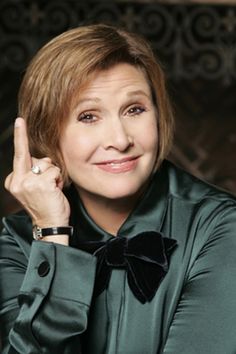 Drowned in moonlight, strangled by her own bra. RIP.